Finance Minister Ali Sabry told Parliament that Sri Lanka lost about 500,000 taxpayers each in 2020 and 2021 after the ill-timed tax cuts were delivered. In 2019, the Cabinet had slashed VAT to 8 per cent from 15 per cent and also abolished seven other taxes 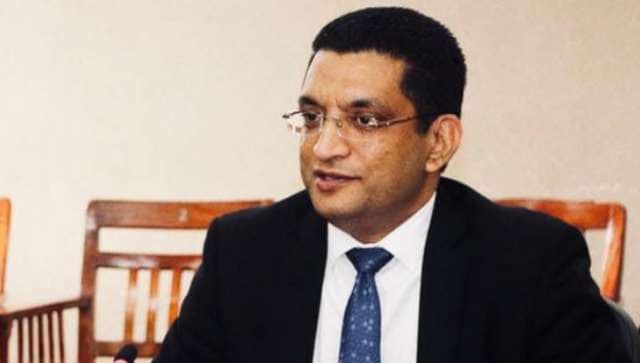 Finance Minister Ali Sabry told Parliament that Sri Lanka lost about 500,000 taxpayers each in 2020 and 2021 after the ill-timed tax cuts were delivered – Twitter/@MOJSriLanka

Colombo: Sri Lanka lost around 1 million taxpayers in the last two years after the Gotabaya Rajapaksa regime announced sweeping tax cuts in 2019 in its bid to spur growth, Finance Minister Ali Sabry has revealed, as the island nation faced an unprecedented economic crisis.

These tax cuts were introduced in November 2019 in keeping with President Rajapaksa’s election pledges.

The Cabinet had slashed the value added tax (VAT) to 8 per cent from 15 per cent and also abolished seven other taxes.

These sweeping tax cuts led to a credit rating downgrade in the following year, prompting Sri Lanka to get alienated in international financial markets.

Sabry told Parliament on Thursday that Sri Lanka lost about 500,000 taxpayers each in 2020 and 2021 after the ill-timed tax cuts were delivered.

Sri Lanka’s foreign reserves dropped sharply from a healthy level of USD 8,864 million in June 2019 to USD 2,361 million in January 2022, according to official estimates.

The COVID-19 pandemic in March 2020 only exacerbated the situation, with tourist inflows and foreign remittances taking a massive hit.

The prolonged and intermittent lockdowns caused by the pandemic prevented the economy from achieving what was originally expected from the tax cuts, Sabry was quoted as saying by the Daily Mirror newspaper.

The 2019 end tax cuts were brought for all tax paying citizens in the country to stimulate economic activity and thereby make use of that reinvigoration as a launchpad for the development of the country. As a result of the pandemic, it failed to deliver the desired results, the minister explained.

However, even before these tax cuts, Sri Lanka was a country with one of the lowest revenue-to-GDP ratios in the world, and the 2019 tax cuts drove Sri Lanka closer to the bottom of this list, the report said.

Sabry on Wednesday had called the 2019 tax cuts a historic mistake. Going forward, the finance minister is expected to present a new budget for this year containing a higher tax regime, according to the Daily Mirror report.

“We have bitten off more than what we can chew,” Sabry acknowledged before Parliament on Wednesday.

Detailing the perilous state of the economy, Sabry, who has just returned from Washington after crucial talks with the officials of the International Monetary Fund, said Sri Lanka’s usable foreign reserves which were at around USD 7 billion in 2019, had dropped to less than USD 50 million now.

Sabry said reducing the taxes when taxes should have been increased was a mistake.

“I admit that it was a mistake. Instead of giving a fishing rod, we are now experiencing the end result of giving a fish. At present there are not even USD 50 million liquid reserves in the country,” he added.

Anti-government protestors are demanding the resignations of Prime Minister Mahinda Rajapaksa, who heads the powerful family that has held power for most of the past two decades, and his younger brother President Rajapaksa.

So far, the Rajapaksa brothers have resisted calls to resign, though three other Rajapaksas out of the five who are lawmakers stepped down from their Cabinet posts in mid-April.