On Friday, Bagga was arrested by Punjab Police from his home in Delhi, stopped in Haryana while being taken to Punjab, and brought back to the national capital by Delhi Police hours later 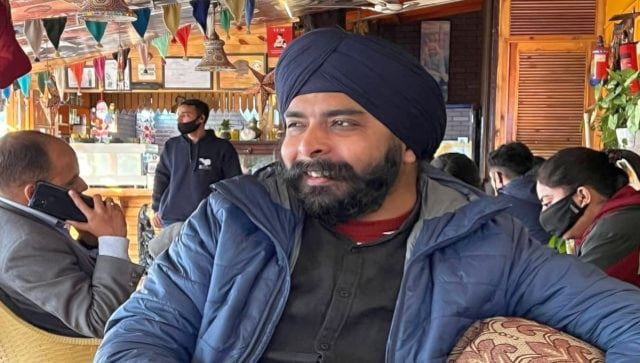 The warrant was issued by the court of Judicial Magistrate Ravtesh Inderjit Singh at the behest of the Punjab Police.

“It is necessary in the interest of justice, to issue non-bailable warrants of accused Tajinder Pal Singh Bagga for 23.05.2022, who is evading arrest, in order to facilitate the investigation,” it said.

Meanwhile, Bagga accused the AAP government in Punjab of using the police to pursue political vendetta.

He said, “No matter one or 100 FIRs are registered against me, I will keep raising issues of dishonouring of the Guru Granth Sahib and (Arvind) Kejriwal’s insult to Kashmiri Pandits.”

The development comes a day after a high political drama involving the police of three states- Delhi, Punjab and Haryana.

“The medical examination revealed injury marks on his body, the Delhi Police said on Saturday. “Bagga expressed apprehension over his safety and security. We will do necessary security arrangements,” a senior officer said.

The Delhi Police had registered a case of kidnapping based on a complaint by Bagga’s father Preetpal Singh, and said it will make necessary security arrangements for Bagga after the BJP leader expressed fear about his safety.

“Bagga expressed apprehension over his safety and security. We will do necessary security arrangements,” a senior officer said.

Bagga claimed that while he was being taken to Punjab after his arrest, the police tried to persuade him not to raise issues pertaining to dishonouring of Guru Granth Sahib and ‘The Kashmir Files’ movie. “They told me why I was getting myself involved with matters of another state when I lived in Delhi.”

Delhi BJP chief Adesh Gupta alleged that with Bagga’s arrest, it was clear that the Aam Aadmi Party’s national convener had “misused” the Punjab Police for personal benefit.

“Kejriwal is a dictator. What was Bagga’s crime? He just asked for Kejriwal’s clarification on his remarks on ‘(The) Kashmir Files’. He was not allowed to wear a turban during the arrest,” he said. “The BJP will not tolerate the insult to the turban.”

The National Commission for Minorities (NCM) also sought a report from Punjab chief secretary within seven days on allegations that Bagga was not allowed to wear a turban while being arrested by Punjab police.

The BJP has accused Punjab Police of “abducting” its leader, who has been vocal in his criticism of Arvind Kejriwal, and accused the AAP chief of pursuing vendetta through the state police.

The Aam Aadmi Party (AAP), however, has rejected the charge and said the Bagga was arrested for allegedly stoking communal tensions in Punjab.

Though AAP chief spokesperson Saurabh Bharadwaj referred to the clashes in Patiala on 29 April, the Punjab Police had said it arrested the Delhi BJP leader from his residence in the capital in connection with a case registered in Mohali on 1 April.

The 1 April FIR referred to Bagga’s remarks on 30 March, when he was part of a BJP youth wing protest outside the Delhi chief minister’s residence.

The was registered under relevant IPC sections, including 153-A (promoting enmity between different groups on grounds of religion, race, place, etc.), 505 (whoever makes, publishes or circulates any statement, rumour or report) and 506 (criminal intimidation).

Bagga had come under fire from the AAP, which is ruling both in Delhi and Punjab, for his tweet against Delhi Chief Minister Arvind Kejriwal over ‘The Kashmir Files’ movie.