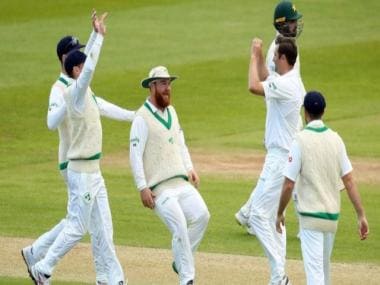 Ireland became the 11th Test playing nation on this day in 2018 when their red-ball squad graced the field against Pakistan at the Malahide Cricket Club. William Porterfield had led his men against Sarfaraz Ahmed and Co for a one-off Test which started on 11 May, 2018. Ireland battled hard but ended up losing the match by 5 wickets as the game lasted for a full five days.

Ireland became an associate member of ICC In 1993 and 13 years later they played their first ODI. Ireland played against their neighbours England, and put up a strong fight while chasing the target of 302. A year later, Ireland played in their first-ever cricket World Cup and surprised everyone by reaching the Super 8 stage.

Since then, the country has been part of the 2011 and 2015 ODI World Cups, and also participated in various T20 World Cups over the years. In the 2011 ODI World Cup, Ireland shocked everyone when they pulled off a stunning win over England. While chasing a huge target of 327 runs, Ireland’s Kevin O’Brien scored a memorable century, and the last-minute contribution by John Mooney ensured their team was home.

The continuous growth of Ireland cricket led to the country playing their first-ever Test match in May 2018. Batting first in the match, Pakistan declared the innings at 310 runs. Asad Shafiq, Faheem Ashraf and Shadab Khan contributed with half-centuries. From Ireland, Tim Murtagh picked four wickets while Stuart Thompson got three. Ireland soon witnessed a batting collapse as the entire team was dismissed for 130 runs. Pakistan enforced a follow-on, but this time the hosts displayed fighting signs as Kevin O’Brien hit a century while Stuart Thompson notched a half century. The team was eventually all out for 339 and they set a 160-run target for Pakistan. Ireland bowlers came out all guns blazing defending a small target and had Pakistan under the pump at 14/3. But Imam ul Haq (74 not out) and Babar Azam (59) steadied the ship and put on a 126-run stand to take the game away from Ireland. Pakistan further lost two wickets but Imam made sure he took them past the finish line.

While Ireland was a late addition to the list of Test playing nations, Afghanistan is the most recent country to enroll itself in the longest format of the game. India had invited Afghanistan for a one-off Test in June 2018. The result of the match, however, was one sided as India won it by an innings and 262 runs.