The 23-year-old Mumbaikar, who will join former Indian F1 racers Narain Karthikeyan and Karun Chandok in the elite club, will drive for the F1 constructors under their Testing of Previous Cars (TPC) programme and will drive McLaren’s 2021 car (chassis no. MCL35M) as per new F1 regulations. 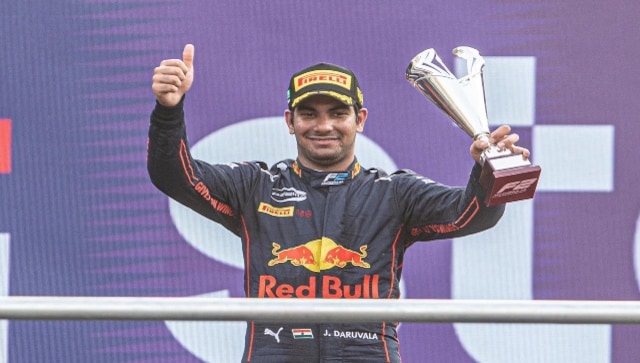 Jehan Daruvala is all set to become the third Indian racer to drive a Formula 1 car as the F2 driver will do a test drive with 8-time F1 champions McLaren this week.

The 23-year-old Mumbaikar, who will join former Indian F1 racers Narain Karthikeyan and Karun Chandok in the elite club, will drive for the F1 constructors under their Testing of Previous Cars (TPC) programme and will drive McLaren’s 2021 car (chassis no. MCL35M) as per new F1 regulations.

Jehan, a Red Bull junior driver, has impressed in his third F2 season by consistently delivering podiums in the sprint races and currently sits third in drivers’ championship with 73 points featuring for defending champions Prema Racing.

His performance attracted interest of the McLaren, who will run their test programme with the Indian coming Tuesday and Wednesday at the iconic Silverstone circuit in Northamptonshire, UK.

“So far the year has been pretty well and we have been looking for this opportunity to drive an F1 car, ” said Jehan during a press conference with selected media outlets. “McLaren had it and they gave to us, I grabbed it with both hands. At the end of the day it was my dream to drive a Formula 1 car. To get to do that with a team like McLaren that has won many world championships, is something I would really love to do.”

Jehan said he has complete backing of Red Bull on test driving with the rivals and is very much a Red Bull junior.

“Me and my dad had a conversation with Dr Helmut Marko (head of Red Bull’s driver development programme) about having an opportunity of testing at McLaren, he was more than happy for me,” said Jehan.

“Red Bull have given me there full support for this test because if one of their junior drivers have an opportunity to drive an F1 car, they are never going to say no. And that’s the main thing I am getting to drive a Formula 1 car. It’s a positive that I am a Red Bull junior driver and getting to drive for McLaren this week.”

Jehan added that as this will be his maiden experience in an F1 car, the drive will be about getting used to complicated handling of the fastest open-wheel racing cars for future but foremost to leave an impression by going as fast as possible.

“Obviously I want to go out there and drive the car as fast as I can. But my main aim in the beginning is to learn as much as I can, it is tempting to go flat out but there is a short- and long-run programme we hope to run and get used to all the switches on the steering.

“It is going to be learning days but at the end of the day I am a racing driver and would like to go fast and enjoy myself,” said Jehan, who has already trained on the simulator for a couple of days.
When asked what the drive means for his lifelong dream for a F1 seat, Jehan said the test drive is not going to get him a seat next year with McLaren but adds to his glittering CV as he fights for an F2 title.

“This test driver has nothing to do with me getting a seat in F1 next year. But together with my F2 results, it’s important step in my career to achieve my dream as there’s an intense battle for an F1 seat. The goal for the year still remains to be fighting for the championship which is I am close to but I am not quite there yet, ” he said.