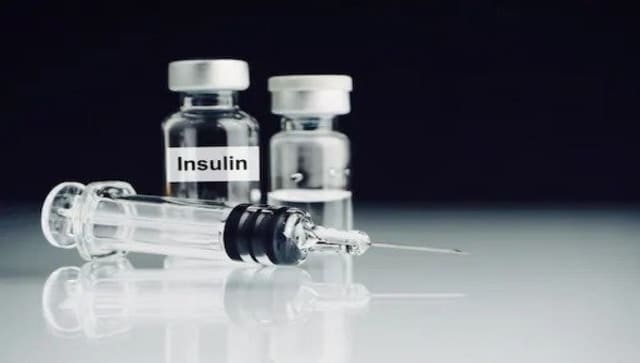 On Monday, CBI arrested top officials from the office of the country’s apex drug regulator and Bengaluru-based pharmaceutical giant Biocon Biologics among others in a case of bribery.

‘Insulin Aspart’ injection is at the center of the entire controversy as it is alleged that a bribe was given to Central Drugs Standard Control Organisation (CDSCO)’s official to waive off the Phase 3 clinical trial of the medicine in India.

While CDSCO is the country’s drug regulator which permits the manufacturing and sales of medicines in India after confirming their safety and efficacy for the Indian public, phase 3 trials are human trials that are done to test the drugs on the largest possible sample size.

News18.com explains what insulin Aspart is, its availability status in India and how it is different from other insulins.

According to the US drug regulator, bio-similar is a biological product that is highly similar to and has no clinically meaningful differences from an existing approved reference product.

The originator of Aspart, Novo Nordisk, promoted this insulin as an innovative product that enters the bloodstream in about 2.5 minutes to help control blood sugar at meal times.

Novo Nordisk’s insulin injection Aspart has been available in India under the brand name Fiasp and Novorapid within the price range of Rs 678 to Rs 3,872. Bio-similar drugs are known for potentially reducing the price of medicines.

Biocon, in February 2021, had announced its own bio-similar insulin Aspart named ‘Kixelle’, which had received marketing authorisation approval from the European Commission.

Biocon’s drug recently got approval for use in India. On May 18, the drug regulator’s Subject Expert Committee on Endocrinology & Metabolism granted the waiver of the phase 3 clinical trial in India. The committee noted that the firm has conducted Phase I and Phase III trials with the medicine in Germany and the US and based on the results of the trial, the drug has been granted marketing authorisation by European Medicines Agency (EMA) and Health Canada.

This means that Biocon would have launched the bio-similar insulin Aspart soon in India.

HOW IS ASPART DIFFERENT FROM OTHER INSULINS?

This insulin is fast-acting compared to its peers. It can be taken at the start of a meal or up to 20 minutes after starting a meal.

The insulin works like the body’s natural insulin and facilitates the reuptake of glucose in muscles and fat cells and also blocks the release of glucose from the liver.

Biocon’s Aspart is indicated for the treatment of diabetes mellitus in adults, adolescents, and children aged one year and above, and has been approved as a 100 units/ml solution for injection in the vial and pre-filled pen presentations.

The drug has a faster onset and a shorter duration of action than soluble human insulin. When injected subcutaneously into the abdominal wall, the onset of action will occur within 10-20 minutes of injection, as per the summary of product characteristics. “The maximum effect is exerted between 1 and 3 hours after the injection. The duration of action is 3 to 5 hours.”

Also, when compared to soluble human insulin, the faster onset of action of Aspart is maintained regardless of the injection site such as an abdominal wall, thigh, or upper arm.

According to Dr Ritesh Gupta, additional director at Fortis CDOC Hospital for Diabetes and Endocrinology, “Insulin Aspart is rapid-acting insulin and its glucose-lowering action usually lasts for 4 hours. It is usually given before meals to control blood sugars.”

He added: “The conventional regular insulin takes a little longer time to start having its effect. The advantage of rapid-acting insulin over conventional insulin is that these insulins are more predictable and cause less incidence of severely low sugars.”