From being one of the most popular faces on the small screen to serving in the government of Prime Minister Narendra Modi, the 46-year-old has had a long and winding journey

Smriti Irani, the Union Minister for Women and Child Development, has been given additional charge of the minority affairs ministry after the resignation of Mukhtar Abbas Naqvi.

From being one of the most popular faces on the small screen to rising to the top of the BJP ranks, taking on Rahul Gandhi in a high-profile Lok Sabha poll battle in Amethi and then serving in the government of Prime Minister Narendra Modi, the 50-year-old has had a long and winding journey.

Let’s take a look back at Irani’s life and career:

Irani was born on 23 March, 1976, in Delhi  to Ajay Kumar Malhotra and Shibani Bagchi.

The eldest of three sisters, Irani was educated at Holy Child Auxilium, Delhi and School of Correspondence and Continuing Education, University of Delhi.

They have a son Zohr and daughter Zoish. Smriti is also stepmother to Shanelle, a daughter from her husband’s previous marriage.

Irani worked as a model, even becoming a finalist in the 1998 Femina Miss India pageant. She made her foray into the TV industry with Aatish and Hum Hain Kal Aaj Kal Aur Kal.

Then, she got her big break. Ekta Kapoor’s Kyun ki Saas bhi kabhi bahu thi, which began in 2000, made Irani, playing the role of Tulsi, a household name.

Irani has also spoken of her struggles before she was famous — working as a waitress and cleaning  floors at a McDonald’s restaurant.

Political career and rise in BJP

In 2003, when she was at the height of her TV fame, Irani surprised many by taking the political plunge and joining the BJP. 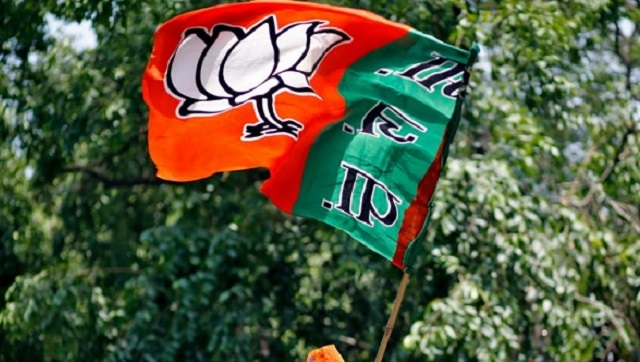 “Even though my grandfather was a swayamsevak and my mother a Jan Sangh volunteer, my entry into politics was looked down upon by many due to my entertainment background. But let me tell you, a woman is never judged by her lipstick, sari or jewellery. A leader takes you where he wants you to be, but a woman takes you where you ought to be. And that’s one reason politics is the place for women,” Irani, looking back on her foray, was quoted as saying by Deccan Chronicle in 2014.

She was appointed vice-president of the party’s Maharashtra youth wing.

Even in defeat, Irani’s hard work and dedication to the cause did not go unnoticed. She was first admitted into the BJP’s prestigious Central Committee, then made party national secretary in 2010.

She was then appointed All India president of the BJP Mahila Morcha and in 2011, appointed to the Rajya Sabha from Gujarat with the prime minister himself signing as one of the proposers.

By 2013, she was acknowledged as a key member of Narendra Modi’s inner circle in the BJP and described as a ‘Sushma Swaraj of Modi’s campaign’ .

Speaking to The Times of India in 2013, senior BJP leaders called her “a very different kind of Modi confidante” and a departure from the norm. 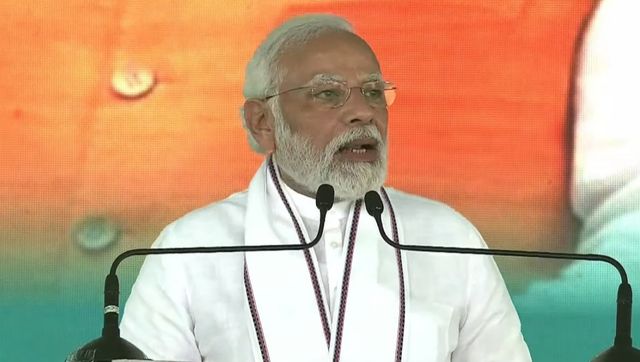 A BJP leader said Modi’s inner circle comprises people who have grown with him in Gujarat politics, wily strategists like Amit Shah, and dedicated tech-savvy professionals who crunch data. But Irani is because she’s the most public, most media-accessible, in some ways the most pleasant face of the Modi caucus – and Modi trusts her with communicating with sections of India Inc and the diplomatic establishment, the leader told the newspaper.

A top Mumbai industrialist who knows Irani and Modi well told the newspaper she has Modi’s trust ‘all the way’.

Another captain of the industry, who also knows the BJP PM candidate and his team well, said Irani is entrusted with taking Modi’s message to important constituencies like industry and diplomats because she’s a “very effective communicator”.

Irani then took on Rahul Gandhi in the 2014 Lok Sabha Elections in the Gandhi family’s prestigious Amethi constituency.

Though she lost, Irani campaigned hard and managed to the Gandhi scion a scare by reducing his victory margin to just 1.07 lakh from 3.7 lakh in the previous election.

Fresh off that notable battle, Irani was appointed to the high-profile HRD ministry in in the Narendra Modi-led NDA government’s maiden tenure in 2014.

Irani, at the time 38 years old, was the youngest Cabinet minister in the dispensation.

An eloquent speaker, she was often the BJP’s first choice for addressing the party’s press conferences and defending it during debates in Parliament.

Under Irani, the ministry saw an eventful 2015 with new initiatives like setting in motion the process to formulate a new education policy amid allegations of saffronisation of education and some controversial resignations.

She was also often involved in controversies including on her educational qualifications in an affidavit submitted to the Election Commission.

In 2016, she was transferred to the Textiles Ministry as Cabinet Minister and HRD ministry was given to Prakash Javadekar.

In August 2017 she was re-elected to Rajya Sabha from the state of Gujarat. 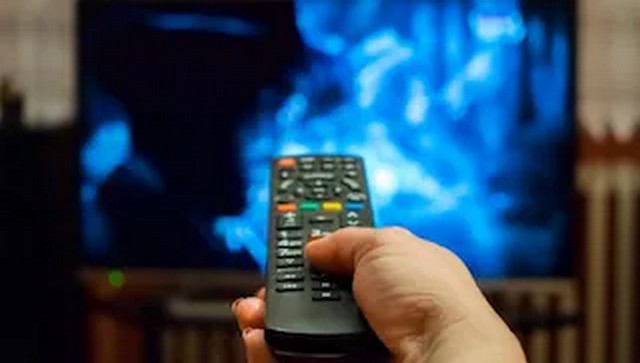 In July 2017, was given additional charge of the Information and Broadcasting portfolio following the resignation from that position of Venkaiah Naidu, who was elected Vice-President of India.

That stint as the Information & Broadcasting Minister also saw its share of controversies including a row over the Prasar Bharati Board and a notification on ‘fake news’.

After losing to Rahul Gandhi in 2014, Irani continued to cultivate Amethi for five more years which helped her reap electoral dividends — she emerged a giant-killer of 2019 by defeating the Congress president Rahul Gandhi in his home turf.

During the campaign in Amethi, Irani was often locked in a war of words with Congress general secretary in-charge of eastern Uttar Pradesh Priyanka Gandhi Vadra, who dubbed her as an “outsider” and accused her of distributing shoes in order to insult Rahul Gandhi and said the people in the Congress chief’s Lok Sabha constituency were not beggars.

In May 2019, Irani, succeeding Maneka Gandhi who was dropped from the Union Council of Ministers, was appointed to the Women and Child Development Ministry

Shortly after the appointment, Irani said she was “committed to take all appropriate steps” to ensure women empowerment welfare of children in the country.