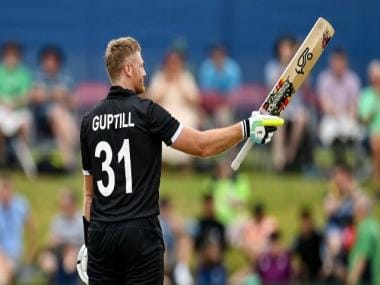 Mitchell Santner-led New Zealand will be extremely high on confidence after their clean sweep against Ireland. This should give them a lot of confidence when they clash with Scotland on 27 July. The first T20I of the two-game series will be played In Edinburgh.

For the Black Caps, Michael Bracewell has been the find of the summer. The all-rounder has been crucial in the fixtures against Ireland. He could be the key to victory in Scotland as well.

As for the Scottish side, they have been in the eye of controversy after a report found the country’s national board to be ‘institutionally racist’. Just before the publication of the report, the  Cricket Board of Scotland resigned.

The hosts will be aiming to keep their heads focused on the game ahead rather than the controversy. The Richie Berrington-led squad will also be hoping to improve upon its performance after last year’s dismal rout at the T20 World Cup.

Scotland will be relying on batters like George Munsey and Matthew Cross. Michael Jones, who was the highest run-getter for Durham in the T20 Blast this season, will make his debut in the T20 unit. This could give the hosts some added batting power before the first match.