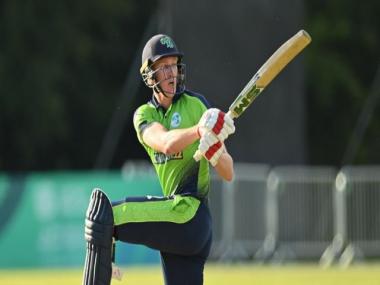 Ireland and Afghanistan will lock horns for the second match of the five-match T20 International Series on Thursday at the Civil Service Cricket Club, Belfast at 8 PM IST. The hosts have already taken an early lead as they defeated the Afghan brigade by 7 wickets in the opening encounter. The 22-yard track of Belfast’s Civil Service Cricket Club is known for giving more advantage to the batters. The batters were seen playing stroke-full innings in the previous game which was also held at the same venue. A total of three players including Ireland skipper Andrew Balbirnie notched a half-century.

The Irish bowlers took full advantage of the pitch in the later half of the game but the Afghanistan bowling unit failed to find the desired momentum. In the upcoming battle, spinners can get a chance to fetch some occasional scalps in the middle overs. Afghanistan spinner Rashid Khan who looked pale in the last match will have to take on more responsibilities to put pressure on the Ireland batters.

Batting first, the visitors delivered a good start riding on the knock of opening batter Usman Ghani who scored 52 runs facing 42 deliveries. But the rest of the players could not continue the innings at a similar pace and the innings concluded at 168 runs. In reply, the home unit did not have to battle much resistance from the Afghan bowlers and reached the target with a ball left to spare. Apart from the captain, Lorcan Tucker also scored a half-century.

Ireland vs Afghanistan second T20 International is set to take place at the Civil Service Cricket Club, Belfast. The weather condition will be clear during the 20-over clash. There is no chance of rain being the spoilsport during the second T20I. The temperature will hover between 13-26 degrees Celsius on the matchday. The wind speed is likely to be around 9 km/h.