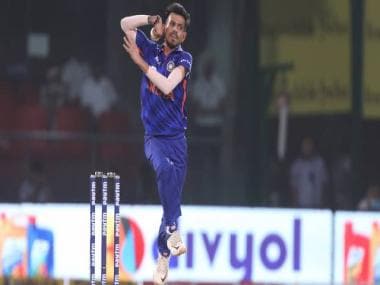 Cricketer-turned-commentator Aakash Chopra said that he was shocked to see Yuzvendra Chahal out of the squad for the 2021 T20 World Cup, and believes that he will definitely form part of the team for this year’s multinational event.

Varun Chakravarthy and Rahul Chahar were picked last year ahead of Chahal for the T20 World Cup which was surprising for the fans and experts alike. However, Chahal has made an excellent comeback since then and the selectors might not want to take such a weird decision this time around.

Chopra, while speaking on his YouTube channel said, “Let’s start with Yuzi Chahal. His name should have one-hundred percent been there in the last World Cup as well. It was not there, you were surprised, I was also surprised. It was shocking for me.”

“As soon as we lost the World Cup, we said that it is necessary to play Yuzi Chahal. He has picked up 16 wickets in the 13 matches he has played since then in T20 internationals, at an average of 18 and an economy of 7.1, which means he has been very very good.

“Yuzi is a wicket-taker, no doubt. These were international numbers. IPL numbers, the Purple Cap numbers – 27 wickets in 17 matches at an average of 19, an economy of 7.7, and a strike rate of 15. He picked up a five-wicket haul and a hat-trick as well,” Chopra added.

Chahal has been well-known for his wicket-taking abilities in the middle overs.

Considering his recent performances, Chopra believes that Chahal will not miss the marquee event this year in Australia.

“He is the No. 1 genuine wicket-taker that you have. In my opinion, when you play a spinner, he can have two roles – one is economical if your fast bowlers are wicket-takers else you want your spinners to control the middle overs and pick up wickets. The guy is definitely going to Australia, there is no debating that.”

Chahal was rested for the West Indies series but will be in action during the Asia Cup in Dubai.