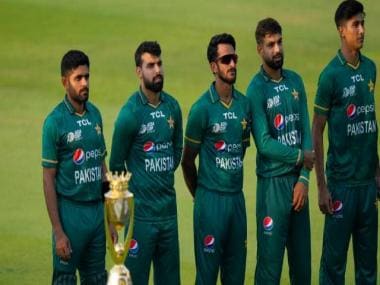 Notably, England’s cricket squad touched down in Karachi on Thursday on their first tour of Pakistan in 17 years — a lengthy absence brought about by security fears.

England last played in Pakistan in 2005 and were due to visit last year until pulling out at short notice after New Zealand also cancelled a tour citing safety concerns.

Meanwhile, hosts Pakistan, who will take on England in the T20I series that is scheduled to begin on September 20 at the National Stadium Karachi, have confirmed their squad for the same.

As announced earlier by the PCB, Shaheen Afridi won’t be the part of the series but will play in the T20 World Cup in Australia. Also, Fakhar Zaman, the explosive batter, was not selected for the series against England, having struggled with the bat in 2022. This year, the left-hander has played seven T20Is, scoring 96 runs while averaging 13.71. However, as per PCB, he has been rested due to fitness issues.

In their places, the selectors have named Northern’s all-rounder Aamir Jamal and Sindh’s mystery spinner Abrar Ahmed in line with their strategy to reward high-performing cricketers.

“Fakhar Zaman has also been rested from the England T20Is so that he can recover from the knee injury he sustained when he landed awkwardly while fielding in the final,” said Chief selector Muhammad Wasim in a statement by the board.

Interestingly, the squad also included Shan Masood, who is yet to play for Pakistan in a T20I, and Haider Ali, who last played in the format in December 2021.

Masood has been called up to play T20Is for the first time after a strong performance in the T20 Blast in England. He has represented Pakistan in Tests and One-Day Internationals, most recently in 2021.

Moreover, despite considerable speculation, veteran Shoaib Malik was not recalled to the squad, while Wasim Junior has been included after recovering completely from the side strain he suffered during the Asia Cup 2022.