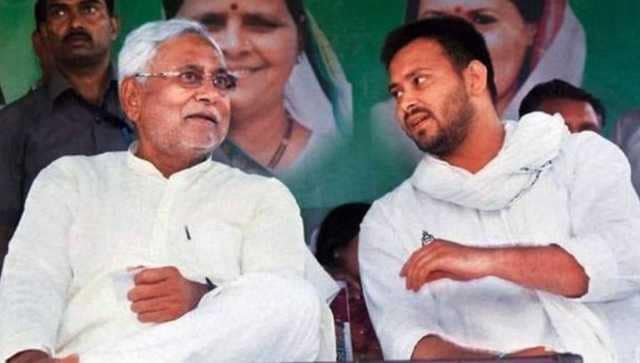 New Delhi: Bihar deputy chief minister and Rashtriya Janata Dal scion Tejashwi Yadav on Friday launched a scathing attack on Union home minister Amit Shah who is on a visit to the state — his first since the Bharatiya Janata Party abruptly lost power after CM Nitish Kumar and long-time ally JD-U parted ways with the NDA in August.

Lashing out at Shah, the RJD leader said that though he is the Union home minister, it did not seem so to the people of Bihar. It appeared that he may have arrived in the state to scare political opponents, Yadav suggested.

“Did he come here to scare anyone? He is the Home Minister of the country but did it seem so? To me, he neither appeared to be a political leader nor a Home Minister. I don’t want to say what he did seem like,” Yadav said referring to the Home Minister’s visit.

Amit Shah, who is a former BJP chief and also the party’s chief strategist is on a two-day visit to Bihar’s Seemanchal region and held his first public meeting in Purnea on Friday, where he claimed that Bihar chief minister Nitish Kumar had pulled out of the NDA coalition and joined hands with arch rivals the RJD and the Congress to take forward his prime ministerial aspirations. Shah is also scheduled to hold a series of meeting with party workers and leaders in Bihar. He is expected to address party workers in Kishanganj on Saturday.

Echoing Yadav a few days earlier, Janata Dal-United chief Rajiv Ranjan too had accused Shah of visiting the state to disturb communal harmony. “Amit Shah will come and across the country and in Bihar, he will try to spoil communal harmony. The people of Bihar are careful. He will make no headway,” the JD-U national president had said ahead of Shah’s visit.

When questioned about the JD-U chief’s remark, Yadav was quick to respond, “Why only the JD(U)? The entire Bihar knows what his (Amit Shah’s) real purpose is. It needs no saying. The moment you take his name; the entire country starts talking about his work.”

Ahead of the 2024 Lok Sabha elections, the BJP is desperately trying to chalk out a strategy to gain a toehold in Bihar, now that it is evident that it cannot bank on either Nitish Kumar the de-facto chief of JD-U or erstwhile loyalist Chirag Paswan of the LJP (Ramvilas), who too is very upset with the party.