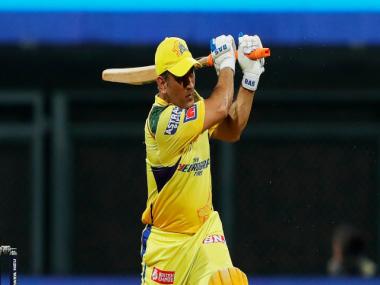 It’s been more than three years since MS Dhoni made his last appearance in an India jersey and the only time he’s seen on the field as an active cricketer is when the cricketing carnival that is the Indian Premier League comes alive, where he continues to lead the Chennai Super Kings.

Dhoni has left behind a long-lasting impact, whether as a captain, batter or as a wicketkeeper, and is considered one of the greatest cricketers of his generation. And talking purely of his batting skills, Dhoni continues to draw praise for being one of the best middle-order batters the game has seen.

And Rajasthan Royals and Assam batter Riyan Parag is among those who consider Dhoni as one who truly mastered the craft when it came to batting in the middle order, especially at the sixth and seventh slots.

“It’s the tougher job in T20 cricket, to just come in and slog. Numbers six and seven are the hardest places to play in T20 cricket. Only some of the guys have mastered it. Not even some, I’ll just say only MS Dhoni has mastered it and no one else has,” Parag, who is currently representing Assam at the Vijay Hazare Trophy, told Sportskeeda.

“And I am doing it at such an early stage in my career. Not even master it, I am just getting to close to knowing what it all feels like – I am just sorting my way through it. So people can just talk whatever they want, but I know how hard a job it is and my team believes in me,” added the 21-year-old cricketer.

Parag, who had been bought by the Royals at his base price of Rs 20 lakh in the 2019 edition. Despite not living up to his full potential in the four seasons that he’s played since then, having collected just 522 runs in the league overall at an average and strike rate of 16.84 and 124.88 respectively, he remains an integral member of the squad.

Dhoni, meanwhile, is set to make his 16th appearance in the IPL as a player in IPL 2023, which will also be his 13th as full-time captain. Dhoni had stepped down as captain in March this year days before the start of the 15th season, with Ravindra Jadeja taking over in the role, but was back leading the side after a string of poor results.