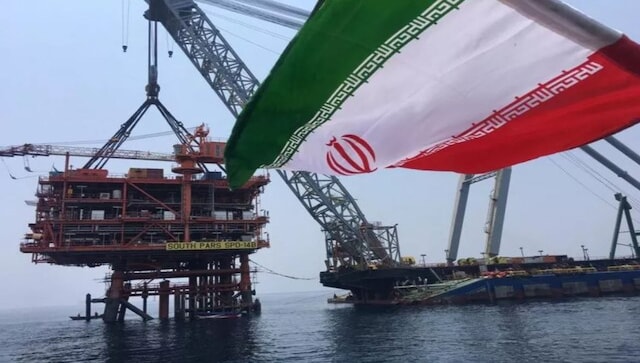 Gas shortage is a recurrent issue in Iran. Ministry of Petroleum, Iran.

He has asked Iranians to report “suspicious cases of excessive gas consumption by neighbors” to the intelligence agencies, Iran International reported.

Owji’s other diktat has also angered people. Apart from asking people to dress warmer at home and reduce consumption, he also warned to cut gas supplies to people who are found to be overconsuming.

Interestingly, Iran has the world’s second-largest gas reserves after Russia. It is also the world’s third-highest producer of natural gas.

So why is the country facing a gas crunch? Before, that let us tell you how bad the situation is.

School, offices shut to save energy

The government has shut its offices and educational institutions to save up on energy in eight of the 31 Iranian provinces.

Videos obtained by @IranIntl show chaos in the city of Torbat-e Jam in eastern Iran where the government is distributing heaters and other equipment amid natural gas cuts. pic.twitter.com/EAboIwHocr

Gas shortage is a recurrent issue in Iran. Despite having a huge reserve, the country has not been able to produce as much gas due to poor infrastructure.

According to Iran International, more than 25% of the gas is lost during transit.

US sanctions have made it difficult for the Islamic Republic to upgrade its gas distribution network as it has been unable to access new technologies.

Then there’s the issue of high energy consumption.

Almost all Iranian industries from iron to cement are dependent on gas. Some experts have also blamed overconsumption by households.

“40% of Iran’s natural gas is consumed by households,” an Iran International report said.

An energy crisis has been mounting across Europe due to a reduction in gas supplies from Russia which was hit by sanctions after it invaded Ukraine.

But a lot has happened since then. The Islamic Republic has been facing extreme scrutiny over its crackdown on anti-government protesters and its weapons supply to Russia.